The massacre in the Padule di Fucecchio was one of the cases at a national level, in which people tried to do justice to the people who had died, through trials involving the alleged culprit. In Venice, Kesselring, Wehrmacht commander in Italywas initially sentenced to death penalty, then to life imprisonment and finally pardoned; Craseman in Padua was sentenced to 10 years imprisonment – he died in prison in 1950 – whilst Strauch in Florence was sentenced to 6 years jail – but he has been then released without completely serving his term of imprisonment.

The recent trial in Rome saw as main leads the captain First orderly Officer Ernst August Arthur Pistor, the Marshall Fritz Jauss, the sergeant Johann Robert Riss and the lieutenant Gerhard Deissmann, who then died at 100 years of age during the trial period. On May 25th 2011, the court in Rome sentenced the three former soldiers to life imprisonment; on November 15th, 2012 the Court of Appeal in Rome confirmed the sentence towards the accused Jauss and Riss, while the third man, Pistor, died at the age of 91.
Nobody else of the various officers, non-commissioned officers (NCOs), lieutenants and generals participating in the massacre was ever tried in a tribunal. 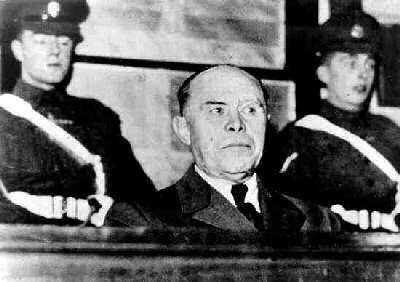