An aspect of not minor importance was relevant in those hours: the help of fascist collaborationists.

In Cintolese, during the events at Simoni’s house, two women cried they knew some of them very well, as they were “repubblichini” (Fascist Republicans) from the same village. The man maintaining to know the names, Casimiro Giacomelli, died without telling them to anyone in order to avoid revenges. He declared, in 1964, he had by then forgiven. His son Guido made an interesting statement during the “cleansing” trial for two communal guards on April 9th, 1945, who according to him could have been involved.

Giovanna Simoni declared that three Fascists had dropped in on their house about ten minutes before the German soldiers and had told them not to worry and to rimain inside. Her aunt – who then died – revealed her the names, but the three men had already died after the War. Someone declared that a certain Giotto, German interpreter, was present in the Padule area, that day. Averardo Corrieri, munition porter, inspite of being totally devastated, did not miss the detail of a disarmed soldier, dressed in a different way compared to the other soldiers, who did not say a single word at Simoni’s house.

In Ponte Buggianese, totally trustworthy eye witnesses confirmed to have seen some men in Nazi uniform, but disguised in order to conceal their own identity; in the survivors’ common memory was very present “the participation of Italians well knowing the victims”. Some fascists from the tonws, who had enlisted in the Wehrmacht, were even recognized while taking part in the massacres of Pratogrande and Capannone.

Also in Larciano the news was spread and also the firm belief that the ‘repubblichini’ had guided the troops into the Padule or that they were at least involved somehow. Oreste Silvestri, living in Larciano in the hamlet of Castelmartini, 29, via Morette, told that his house had been surrounded by the soldiers and that one of them, in a perfect Italian, with Tuscan accent – which was also confirmed by the servivo Ms. Bruna Fagni – ordered the persons in the house to get out of there. 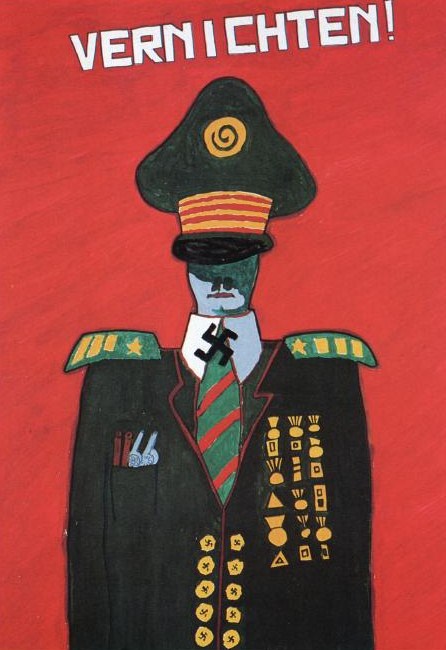