Some Nazi army units slaughtered indiscriminately, on August 23rd, 1944, with war methods and artillery like tanks, 174 private citizens, among whom newborn babies and senior citizens, within the ‘Padule di Fucecchi’, a marshy area between the provinces of Pistoia and Florence, by affecting the municipalities of Monsummano Terme (Cintolese hamlet), Larciano (Castelmartini hamlet), Ponte Buggianese, Cerreto Guidi (Stabbia hamlet) and Fucecchio (Querce and Masserella hamlets).

Let’s start with an introduction. During that terrible summer, the southern part of the swamp ‘Padule’ was just five kilometres away from the front line on the river Arno, having been there since July 18th and remaining until the end of August; southwards from the river were the Allies, northwards the Nazis.

In that period, many evacuees and farm workers had found a place within the ‘padule’, who tried to escape from the daily thorough searches by the Germans and from the cannon shots by the Allies, fired in order to hit military objectives, but which ended up by killing many private citizens. The thick vegetation, which hadn’t been cut that summer, was shelter to men and women; because of their position, moreover, faraway from the main roads and built-up areas, it was exempt from bombings and fightings.

It was estimated by the Nazis the presence of partisans in number of 200 – 300 persons, at least as the officers gave avidence about in the following trials, but it was in fact the ‘Silvano Fedi’ the only partisan formation in Ponte Buggianese, commanded by Aristide Benedetti, who could count on about 30 soldiers and which was active in the neighborhoods of the ‘padule’. Important Resistance ‘squads’ were stationed mainly on the Pistoiese Appennino. There had been some attacks between the partisans, commanded by Benedetti, and the Nazis; but this hasen’t nevertheless caused any killings of Nazi soldiers in the previous week. The Germans wanted to protect the escape routes, overestimated the partisan presence and issued the accurate order to put in practice the scorched earth policy to clear the whole area, by slaughtering every human being to promote the retreat to the North of the troops that would have settled on the Gothic Line.

The operation started at dawn and softened before lunch time; the area had been delimited on the East side by state road No. 436 leading to Monsummano, on the South by the confluence of the canal Capannone and the canal del Terzo, on the West by the Cerbaie and on the North by the line leading from Anchione up to the hut Borghese.

The order given by Colonel Crasemann was clear: “Vernichten!”. i.e. “Destroy!”. It was then Captain Joseph Strauch who led action on field and drilled the lieutenants of the different units. The massacre occorre “in gronda”, that is on the ‘padule’’s boundary where mosto f the population had been evacuated, as the Nazi troops never reached the village centre, because they were afraid of possible but in fact non-existent partisans’ attacks.

Among the most terrible and sad episodes it’s worth to be mentioned the one of Maria Faustina Arinci, known as Carmela, 92, deaf and blind, who had been made blow up with a hand grenade lippe into the pocket of her apron; and the one of the youngest off all them, Maria Malucchi, slaughtered at 4 months of age.

All the victims were found either during that same day or during the night between August 23rd and August 24th by their relatives or by the village parish priests; they were transported by all means of tran sport, among which carts and handcards, buried in a not suitable way for them in coffin-like very spartan wooden containers, quickly made with simple boards, or they were buried just wrapped up in blankets. In some cases, it was the Germans themselves taking away the victimes on trucks, ‘unloading’ and packing them at a first step into mass graves.

A not minor aspect playing a very important role in those hours was the help of Italian collaborationists. Local Fascists were recognized in various localities (to deepen this side, please visit the section Fascists).

In the evening of August 23rd, whilst the local Italian famiglie were mourning their dears’deaths, the Nazis were having celebrations both in Ponte Buggianese and in Larciano. They sang and laughed at and in the meantime cryed: “Victory! Partisans all kaputt!” 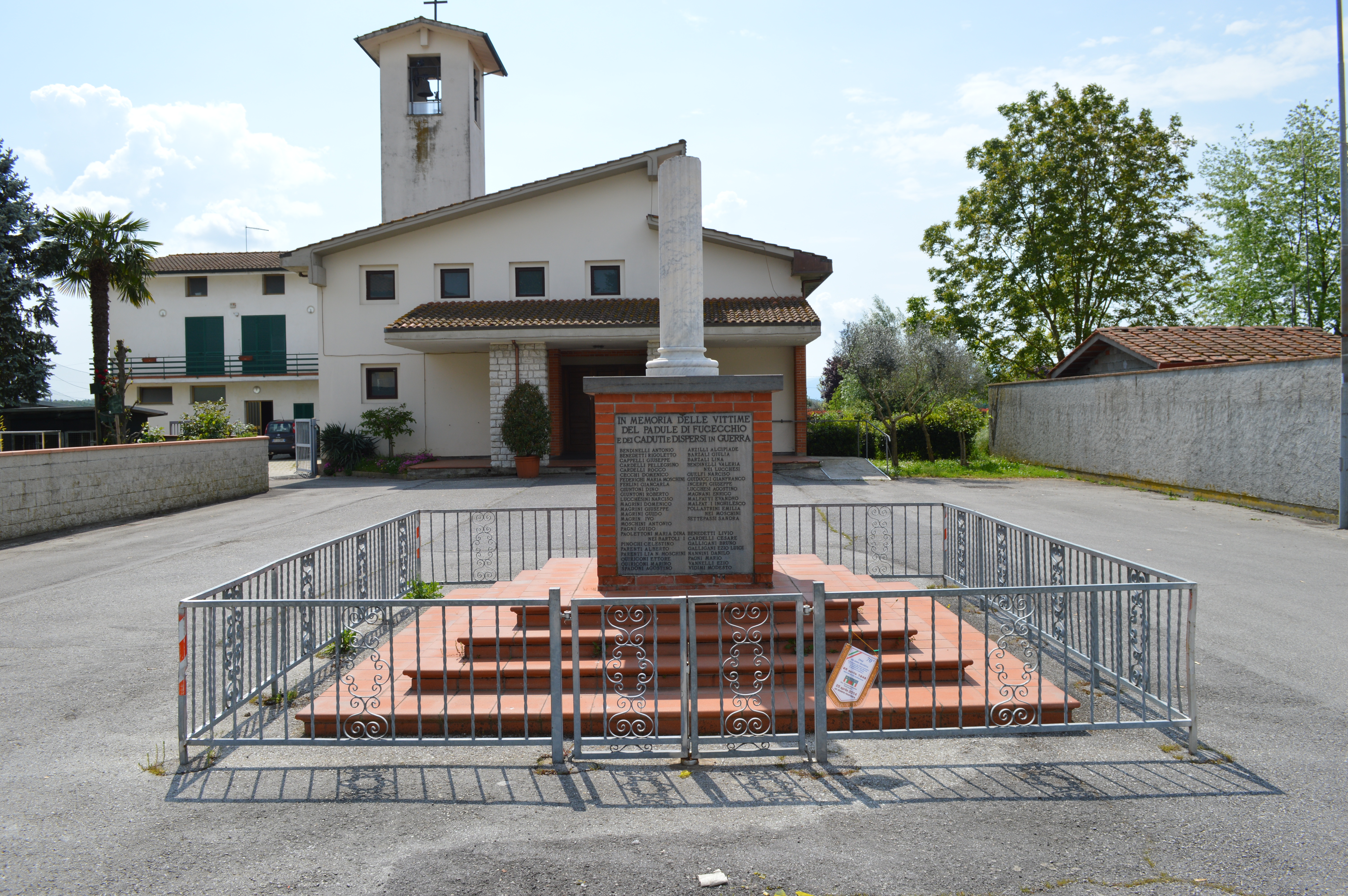 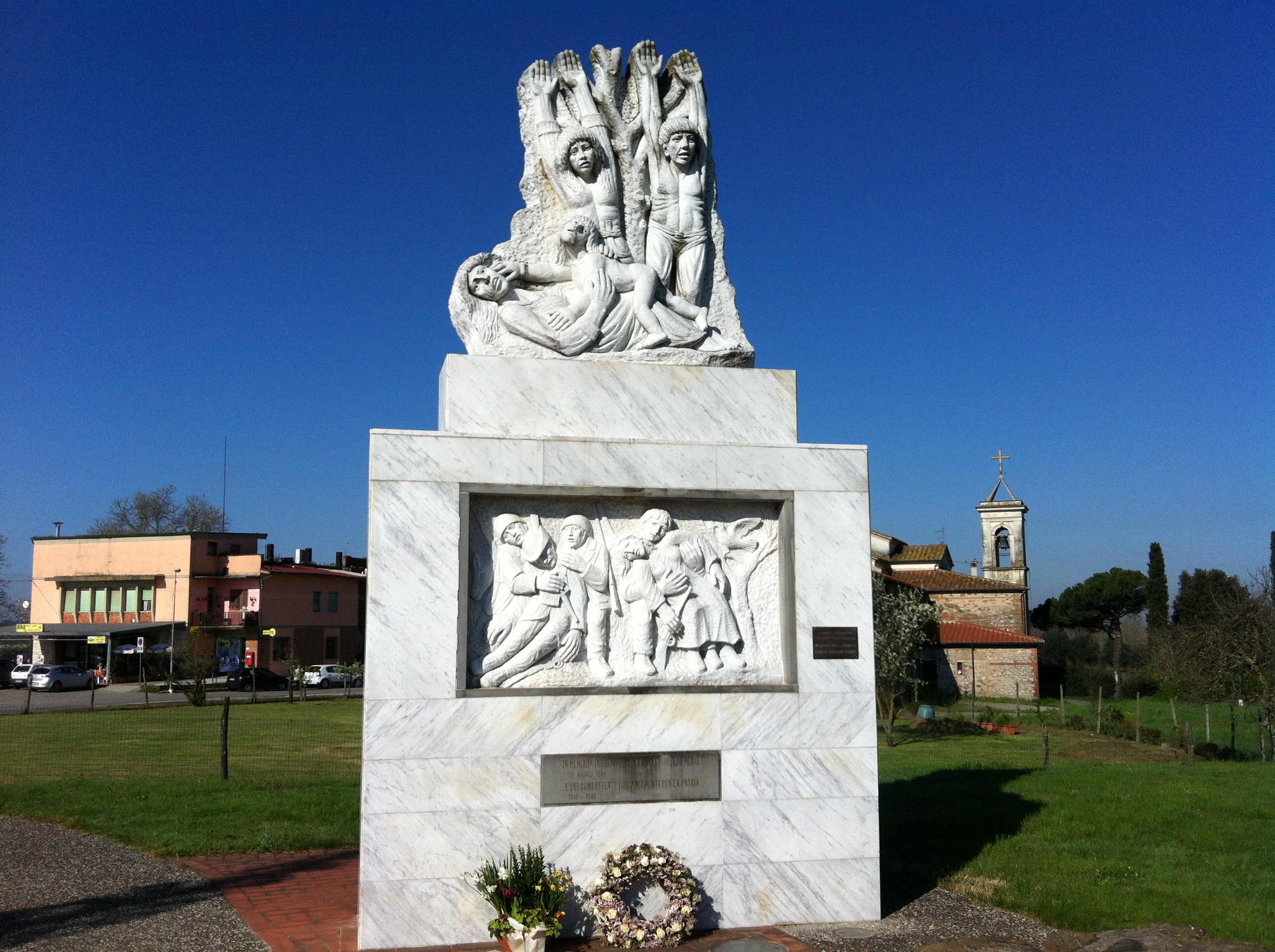 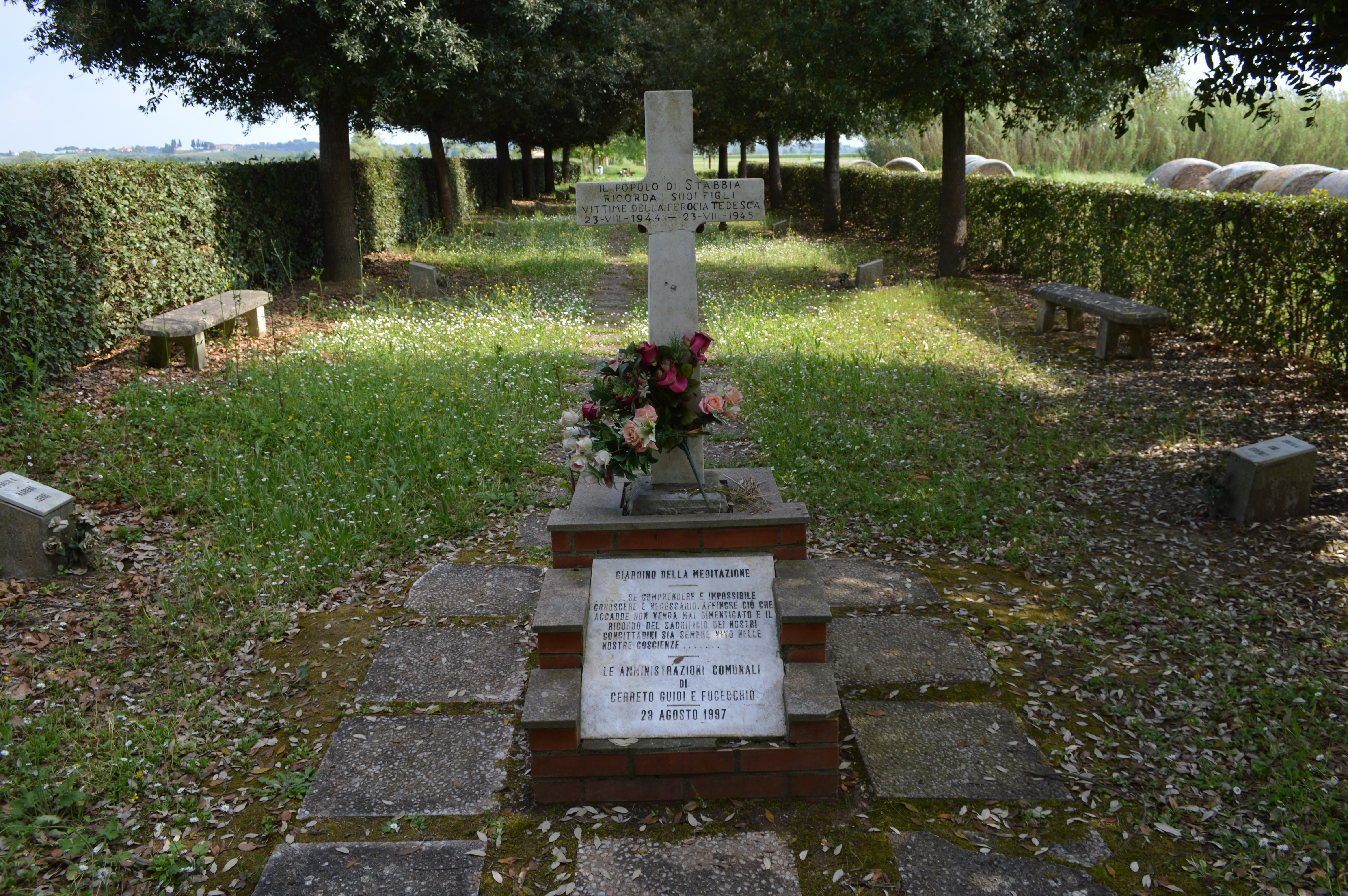 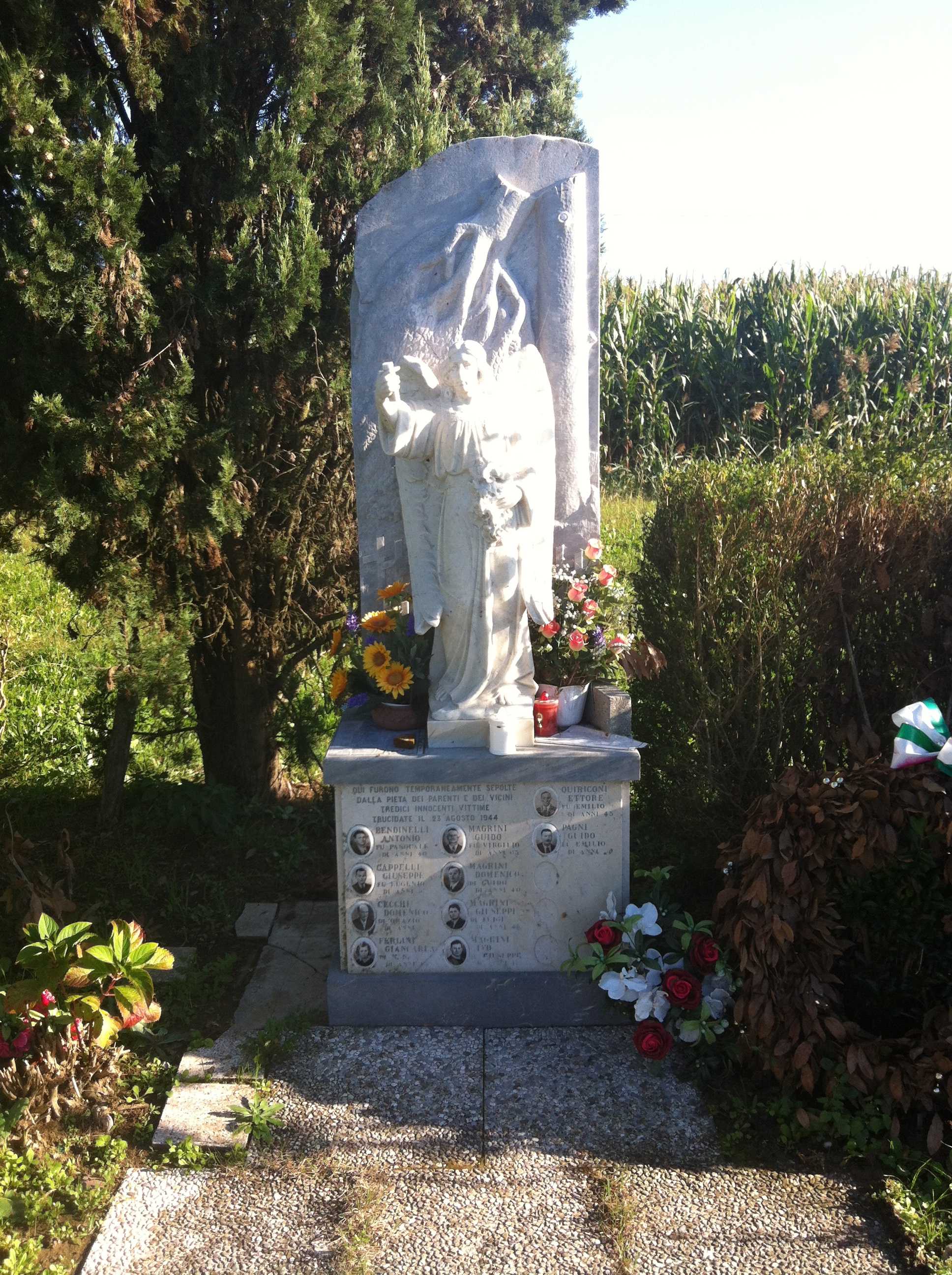